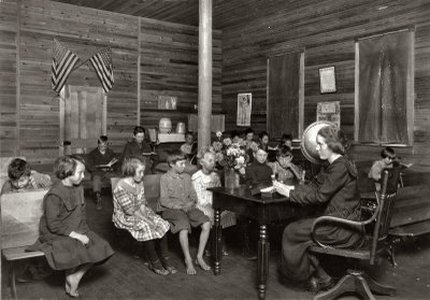 Not long after colonists first arrived in the New World they began to set up institutions of learning.  These institutions of learning varied greatly throughout the three distinct regions of colonial America: The New England Colonies, the Mid-Atlantic Colonies, and the Southern Colonies.  Residents of these areas led different lives from the things they valued, to the history they shared, to the industries of their region.  Unsurprisingly, this resulted in varying forms of education throughout the colonies, each tailored to meet the needs of the people it served.  While colonial education was quite diverse, there were some common features throughout the colonies.

This website explores the common educational features of the colonies, but also devotes attention to the uniqueness of education in each colonial region.  Throughout this site you will find text, video, pictures, and links to other sites that will give each visitor a full understanding of the beginnings of American education.
Powered by